Maine Fulbright Stories offers memories and insights about international exchange experiences from Fulbright Award grantees who either came from Maine, or came to Maine, to complete their Fulbright Awards. 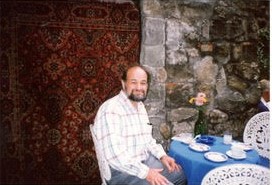 Why did you originally decide to apply for a Fulbright?

I applied for my first Fulbright for Turkey (1972-1973) at the insistence of a Turkish friend in graduate school. Ahmet said that if I  wanted to understand economic development there was no better place than Turkey. He was correct. My application for Hungary (1991-1992) was based on the unique opportunity to watch a socialist country  transform into a market economy.  Personally it was a chance to explore a new “world” with my family.

How did the Fulbright experience help your professional development and career?

The year provided a new perspective for understanding economic development through the lens of economic transformation. I extended  previous research with new insights. As a result I secured additional funding for research in the Czech Republic (1994).  In Vermont I applied many of the lessons from Hungary. This was a result of “being there” and seeing how things worked and the frustrations of  when they didn’t. The year impacted my teaching in learning how to understand diversity. My students came from many of the countries of Eastern Europe. They carried the scars of Communism and the skepticism of the West. The Bulgarians did not like the Hungarians who did not like the Russians and so on but at the core they all wanted to become rich and live like the characters in Wall Street! From the year I learned more than I taught and that was the way it should be.

What were your favorite experiences in Hungary? 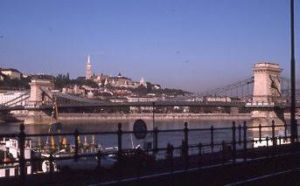 Chain Bridge over the Danube, Budapest

My favorite experiences in Hungary were with my family. Our 11-year-old daughter who grew up in Vermont was confronted with a world beyond her wildest imagination. There were new foods, an international education, and all those “people” with whom she could not communicate. Her classmates in school were not dissimilar to my students but not as consumed with ideology; she came away with an appreciation of the importance of differences. We learned that Hungarian pastries are better than those in Vienna; we came to accept that stores were often out of merchandise, we appreciated that Americans were not always accepted, and we learned that we need to learn more.  And to our chagrin we discovered that there are two cities, Buda and Pest connected by bridges.

Every so often we visited a small village on the Danube,  Szentendri  (St. Andrews) for pizza with an egg on it and a wonderful 19th-century coffee house Nostalgia. As vegetarians we found it difficult to find food; there were “meat substitutes” what ever that meant.  We thrived on the 101varieties of cheese that all tasted the same and swooned with excellent Hungarian gelato.  And, there were the visits to Ikea for Swedish meatballs (real meat) and trips to Vienna for as my daughter said for “fresh air.” Budapest was highly polluted; old East German Trabents  parked on the sidewalks, leaked oil. Classical music was wonderful though Bartok and Kodaly were a challenge for the uninitiated.

What would you like to tell Mainers about the Fulbright Programs?

The programs provide opportunities to broaden our understanding of the world and ourselves. What we bring  to host countries is important, however, it is what we learn and take away that is more precious.  Fulbright Programs have been well conceived and managed for years. They are highly respected and offer valuable experiences for participants.